Console Wars: Sega, Nintendo, and the Battle that Defined a Generation

Following the success of The Accidental Billionaires and Moneyball comes Console Wars—a mesmerizing, behind-the-scenes business thriller that chronicles how Sega, a small, scrappy gaming company led by an unlikely visionary and a team of rebels, took on the juggernaut Nintendo and revolutionized the video game industry. In 1990, Nintendo had a virtual monopoly on the

Following the success of The Accidental Billionaires and Moneyball comes Console Wars—a mesmerizing, behind-the-scenes business thriller that chronicles how Sega, a small, scrappy gaming company led by an unlikely visionary and a team of rebels, took on the juggernaut Nintendo and revolutionized the video game industry.

In 1990, Nintendo had a virtual monopoly on the video game industry. Sega, on the other hand, was just a faltering arcade company with big aspirations and even bigger personalities. But that would all change with the arrival of Tom Kalinske, a man who knew nothing about videogames and everything about fighting uphill battles. His unconventional tactics, combined with the blood, sweat and bold ideas of his renegade employees, transformed Sega and eventually led to a ruthless David-and-Goliath showdown with rival Nintendo.

The battle was vicious, relentless, and highly profitable, eventually sparking a global corporate war that would be fought on several fronts: from living rooms and schoolyards to boardrooms and Congress. It was a once-in-a-lifetime, no-holds-barred conflict that pitted brother against brother, kid against adult, Sonic against Mario, and the US against Japan.

Based on over two hundred interviews with former Sega and Nintendo employees, Console Wars is the underdog tale of how Kalinske miraculously turned an industry punchline into a market leader. It’s the story of how a humble family man, with an extraordinary imagination and a gift for turning problems into competitive advantages, inspired a team of underdogs to slay a giant and, as a result, birth a $60 billion dollar industry. 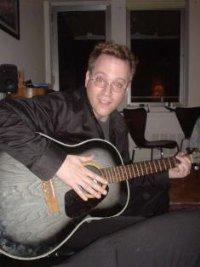 OK, full disclosure: I spent most of my twenties obsessed with GoldenEye on the Nintendo 64; I’ve got enough old videogame cartridges to build a medium-sized cartridge castle in my living room; and I’ve spent hours arguing the relative merits of Playstation versus Xbox. But Console Wars had me hooked from the first page. Written as narrative nonfiction, the story zings along at a breakneck pace. Compiling a massive amount of research into a well-executed dramatic arc, Harris tells the David vs. Goliath story of Sega’s epic battle against the gaming behemoth Nintendo. I especially enjoyed reading about the development of Sega’s mascot – and would-be Mario-killer – Sonic, the frenetic, frenzied little hedgehog that eventually shifted the balance between the two companies, changed the gaming landscape forever. The character of Tom Kalinske, the brilliant business guru (who’d resurrected Barbie, turning a back-of-the-closet, anachronistic doll into a contemporary, billion-dollar phenomenon) tapped to transform Sega from a small-scale Japanese arcade game outfit into a global competitor, is deftly drawn; from the very beginning, he faces a herculean task, not the least of which is his need to bridge the cultural chasm between American consumers and Japanese managers. Infighting, corporate greed, scrappy genius vs. antiquated business models – Console Wars has it all. A thoroughly good read!